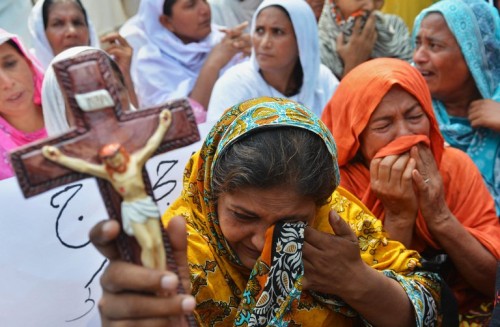 Pakistani Christians protest against the suicide bombing in All Saints Church in Peshawar on September 23, 2013.

For the last couple of months, I’ve been thinking a lot about the geopolitics of religious freedom, thanks to the latest assignment from Congressional Quarterly Researcher.

Turns out there’s a whole world of folks who care a great deal about religious freedom and the persecution of religious minorities, and a very robust debate about how the United States should be engaging religion in international development and diplomacy.

“Religious intolerance,” religion scholar Kelly James Clark told me, is as big a threat to global stability “as oil, as nuclear weapons.”